Leading cryptocurrency Bitcoin found another ally in macroeconomist Luke Gromen who recently claimed that the United States could gain benefits if it begins to view the digital currency as an asset and not as any kind of threat.

Gromen made his statement during his appearance on a September 14 podcast hosted by Natalie Brunell.

Gromen is well-respected in the finance research world for his ability to provide a comprehensive analysis of global and topical macroeconomic trends.

According to Gromen, in the event that economic rivals China and Russia choose to pile up on gold, it would make Bitcoin as an option and give the U.S. an advantage especially that such a scenario could lead to a “blow-up” in the bonds market.

“We would have an economic boom,” the macroeconomist claimed.

Is Bitcoin A Threat To The US Dollar?

Regrettably, Gromen also pointed out a sad truth that has haunted the crypto alpha for so long.

U.S. policy makers, at the moment, view the digital asset as a threat to the country’s fiat currency – the US dollar.

Gromen’s statement comes a few days after the first-ever crypto regulation framework under United States President Joe Biden goes into motion in the midst of circulating news reports about the decline and volatility that now plagues the crypto landscape.

The Biden administration recently became active in pursuing more control on cryptocurrencies through laws due to the increasing popularity of the asset class. 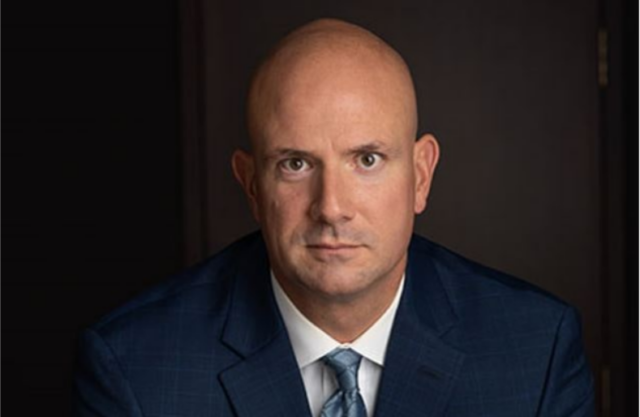 It can be recalled that in a 2019 hearing, Congressman Brad Sherman aired his sentiments and fears over the potential dangers that Bitcoin poses to the greenback which, for decades, has been considered as the world’s benchmark reserve currency.

Sherman said if cryptocurrency doesn’t work, it makes investors lose a ton of money right down the drain. If it indeed works and achieves its objectives, it might displace the US dollar or interfere with its role as virtually the “sole reserve currency in the world.”

Such ideals proved instrumental in the country’s indecisiveness to have a more positive perspective about Bitcoin.

Although Bitcoin is staring at a 7.5% price decline in the last seven days and is trading at $20.079 as of this writing according to data from Coingecko, its growth should not be considered as a “bubble.”

In fact, Gromen acknowledged the threat that this growth could pose to the dollar. The macroeconomist, however, was quick to brush off the idea of Bitcoin replacing the well-established currency.

Gromen was adamant that this will never happen, saying it wasn’t also necessary. This helps to bolster his suggestion that the US should start looking at Bitcoin as an asset now that there is a great possibility that China and Russia will put down their chips with gold.

Would DeFi Have Fewer Failed Initiatives If It Had Higher Regulation? (Opinion)