Ray Liotta, the passionate actor best known for his depiction of hustler-turned-mobster Henry Hill in Martin Scorsese’s 1990 “GoodFellas”, has passed away.

The Emmy winner was 67 years old.

According to sources, Liotta died unexpectedly in his sleep in his hotel room in the Dominican Republic, where he was filming “Dangerous Waters,” on Thursday morning.

The New Jersey-born actor was memorable as the corrupt officer Matt Wozniak on the 2016-18 NBC police drama Shades of Blue.

For mob flick addicts, Liotta would be best remembered in the chilling “funny guy” part in Goodfellas wherein Joe Pesci’s character Tommy DeVito pranked him by taking insult from his joke.

Not only did Liotta’s death shock the entertainment industry, but it saddened the crypto community as well.

His famous chuckle will forever be remembered in the crypto community. He was well-known for his laser eyes memes making fun of altcoin promoters. 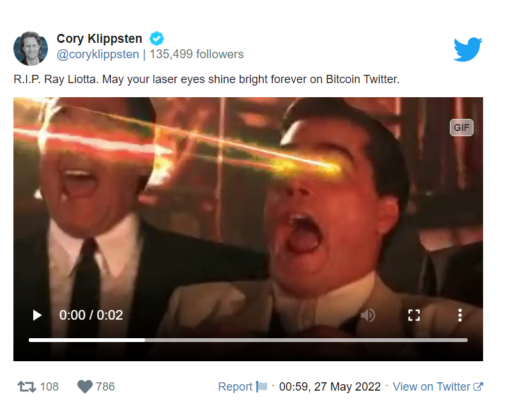 Klippsten is the CEO of SwanBitcoin.com and author of the soon to be published book “Bitcoin: Your Bright Orange Future.”

He is also a partner at Bitcoiner Ventures and a consultant for Riot Blockchain, Unchained Capital, and Bitcoin Venture Fund. 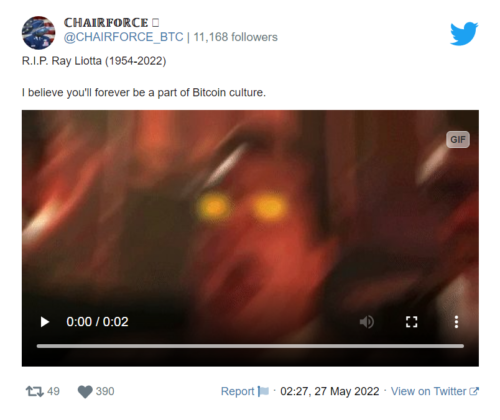 “I believe you’ll forever be a part of Bitcoin culture,” ChairForce_BTC commented on Twitter.

ChairForce is the founder of #LaserRayUntil100K, a retired officer in the US Air Force, and co-founder of The Meme Factory.

Dropping a Ray Liotta for the legend he was to the Bitcoin community RIP pic.twitter.com/YWlbuou9Sw

“Dropping a Ray Liotta for the legend he was to the Bitcoin community. RIP,” Bitcoin Stock Videos tweeted.

The King is dead. Long live the King. pic.twitter.com/63V0Pxj5qW

“The King is dead. Long live the King,” GregZaj1 said.

Scorsese, who directed both actors in the 1990 gangster crime thriller, described Liotta as “uniquely talented” and “brave.”

“I was very saddened to learn of Ray’s passing,” De Niro said. 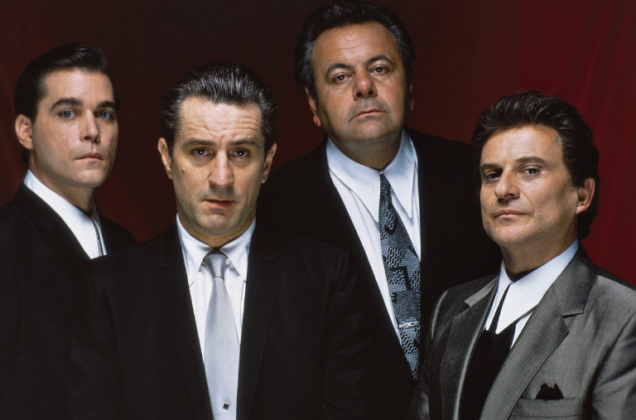 Lorraine Bracco, who portrayed Karen Friedman Hill in the film Goodfellas, was “devastated” to learn of her former co-star’s demise.

Liotta leaves behind his daughter with his ex-wife, Michelle Grace, and his fiancee.

Here’s Why Filecoin (FIL) Is Trending With Double-Digit Gains

CHZ/USD Appears to Be Consolidating Above the $0.1963414 Support

Bitcoin Personality And Development One