A new scam involving a Deepfake video of Musk spreading an investment opportunity that happens to be a dodgy or illegal crypto trading platform has gone viral.

Crypto scams have been mushrooming quickly on Twitter, such as with the hacked account of famous digital artist Beeple that targets the followers and investors of well-known accounts such as the Tesla CEO Musk.

On Deepfake Clips And Famous People

Musk issued a warning on Twitter telling people that the video was fake. In the Deepfake video, you’ll see the billionaire discussing a new crypto investment project and encouraging people to invest their money in guaranteeing roughly 30% dividends daily for life.

A Deepfake refers to a phony video created using AI that makes realistic images depicting fictitious or fake events. With this viral Deepfake of Musk, it’s clear that it’s an old video edited to make it appear as if he is saying something when he isn’t.

BitVex, an illegitimate trading platform, is the brains behind this scam. 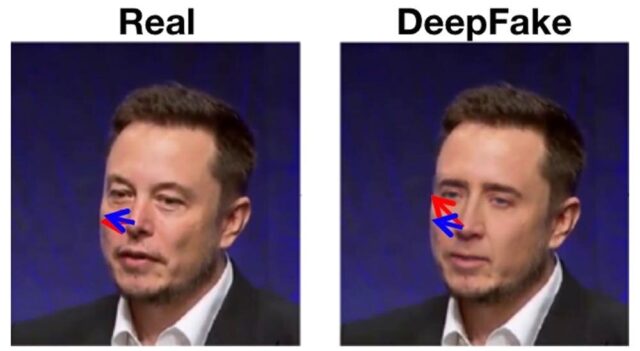 Musk denied he was the one on the footage. However, it was apparent because of its poor and amateurish editing. Musk’s voice sounded robotic, and he was incomprehensible.

The video was so terribly made that even Dogecoin co-founder Billy Markus had this to say:

“Someone stupid enough to invest in that deserves to lose their money, but at the same time, the scammers deserve to spend their life in jail.”

Dogecoin is supported by Musk, which also helped pump up its value. Dogecoin currently has an $11-billion market cap and is dubbed to be the 11th top cryptocurrency.

The original meme coin started as a joke and is said to have zero utility value. Still, thanks to Musk, even the NBA’s Dallas Mavericks are now starting to accept the coin for buying their tickets and merchandise in March last year.

Meanwhile, phishing scams on Twitter and around social media have spread like wildfire. Musk’s Deepfake clip was, well, fake but not everyone can easily detect a bogus from actual video footage.

People may lose their money to risky yet legitimate investments, but it’s wise to be always vigilant on phishing scams, especially if it involves money and crypto investments.

Why the Bitcoin Price Bounced Back Above 19,500 And Where it Goes Next?

Stories of People Who Lost a Lot