Out of the ruins of the TerraUSD (UST) collapse rises a new stablecoin — USDTea, the first of its kind — that is backed by a can of, well, iced tea.

Whether intended as satire or not, USDTea has joined the plethora of stablecoins in the vast crypto wilderness.

USDTea is supported by the “most popular” iced tea brand in the United States, AriZona Iced Tea, which has consistently offered its product for $0.99 since 1996.

Stablecoins are currently taking a severe battering, and the upheaval that occurred this week has thrown the entire crypto ecosystem into chaos with hundreds of billions of dollars in losses from just one token. 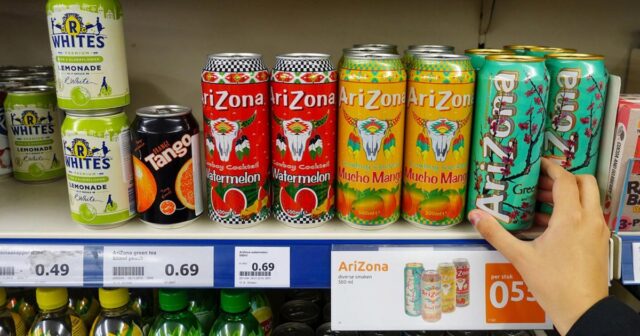 In these troubling times, the only thing we can count on is that a can of AriZona Iced Tea will cost 99 cents, the same price it has had for the past three decades.

Mossy, a trio of tech artists, believes that an (unofficially) beverage-backed stablecoin can be the messiah of sorts in the ailing crypto economy.

We intend to stabilize the fragile cryptocurrency ecosystem by creating a new token backed by a hard asset whose price has been constant for 30 years: AriZona Iced Tea.

While other stablecoins aim to peg to dollar quantities via “questionable algorithms or opaque investment techniques,” Mossy guarantees their liquidity with “sweet and delicious liquid.”

A stablecoin suggests that it should be “stable” since it follows the value of another asset, similar to the gold standard, which has once specified that each US dollar is backed by the precious metal.

TerraUSD was algorithm-based, meaning that there were no physical reserves, which resulted in $400 billion in losses for investors, prompting many to question the “stability” of stablecoins as a whole.

The Weirdness Of This World

As a result, the group decided to establish a stablecoin backed by “America’s most stable asset” — cans of AriZona Iced Tea, whose owner, Don Vultaggio, has kept the price of a single can stable for 30 years.

The ERC20 token USDTea operates on the Ethereum blockchain. In order to ensure fiduciary obligation, the developers indicated that USDTea will begin operations with an initial quantity of 1,000 tokens and then gradually grow the reserves.

The operations of the stablecoin are rather straightforward, since users just send tokens and a processing fee in exchange for real cans of iced tea.

Mossy’s Brian Moore disclosed in an interview with TechCrunch that the group’s token sold out around an hour and a half after launch, which he attributed to the “weirdness of this world.”

Macro Hold Tightens As Losses Spill Over To Crypto Market

Toss in your job and make $300K working for a DAO? Here’s how

Where to acquire the trust-worthy coinbase clone script?