At the beginning of the year, few were not impressed by the phenomenal growth of Play2Earn model games like Axie Infinity. Decentralised finance sided with the gaming industry and formed a long-awaited GameFi sector.

What came to replace the Play2Earn model and why? Why is the gaming industry shifting towards creating metaverses and at what table retail investors can get a seat? Why is Create2Earn more sustainable than Play2Earn long-term?

Let’s dive deeper into the main question: how to get a piece of the phenomenal $218.7 billion pie that is projected to be the gaming industry size by 2024.

In the gaming industry, the Play-to-Earn (Play2Earn or P2E) model came to replace the classic Pay-to-Play model. It was a revolutionary idea that came with a new tech wave: games stopped being a hobby for teens and became a multi-billion business that can even help people pay their bills.

Ideas that came from the DeFi sector (decentralised finance), helped to create entire in-game economies where people could invest and earn by simply playing a game. But most importantly, in contrast with centralised games, all purchased in-game items were made in the form of non-fungible items, hence unique and liquid, even outside the game universe.

The brilliance of the idea was immediately proven by the storming success of Axie Infinity which reached a 2.7 million user base by November 2021, just 6 months after its inception. Yet at some point, the growth has frozen. By April, the number of active monthly users almost halved.

High entry prices could have stopped the active inflow of new users but would not immediately push away current players. Some would blame the $600M hack but the decline started way before that and looks like a spillover in the whole Play2Earn model.

In fact, most of the market players started to be worried about the P2E’s tendency for short-termism which started to damage the game infrastructure. In the end, this could lead to investors losing all their money after the bubble burst. How can we prioritise long-term growth over short-term gains?

In the traditional world, the answer would have been regulations. Maybe tech giants like Facebook or Microsoft plan this for their metaverses but the blockchain community has its own answers.

To add accountability to metaverses, games have to be governed by DAO, decentralised autonomous organisations. Gamers themselves will be able to create and sell NFTs, in-game businesses and infrastructure inside metaverses, determine rules and govern an ecosystem because they are the most interested parties. So they become metastartupers.

Create2Earn has emerged in the MetaFi sector, as an intersection of metaverses and decentralised finance. Gamers themselves will create in-game businesses. The metaverses will be inhabited by players who will be the creators of the world bringing back fun to the gaming, together with more opportunities for long-term sustainable growth since the creators have the greatest bonds with its creations. 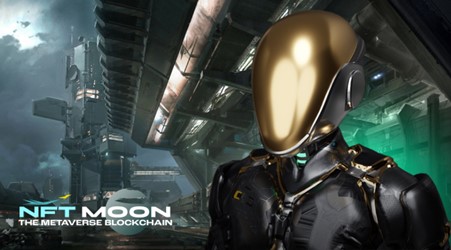 Where to find a seat in the MetaFi sector?

The market growth opportunities relating to Create2Earn still allow us to get the best seats at the projects that are in the early stages. An example of such a project is the NFT Moon Metaverse. This May, the UAE-based company is sailing the DAO ship to open waters by launching the first sale of avatars who will govern the metaverse.

The premier city will be called Moonopolis. For the city to become decentralised, there should be a community of decision-makers who will make all the decisions collectively. Each avatar will have a voting right and will participate in building a sustainable universe.

Exactly for this, the first 5,000 avatars will be sold during the presale and the following public sale. Apart from governance privileges and best prices, early birds will catch other benefits as well. All benefits are clearly explained with the CLEVER management experience.

Generally speaking, at the nascent stage of the market it makes the most sense to take the seat at the front row and join projects where one is able to create NFTs and directly influence the metaverse development as part of the decentralised autonomous organisation.

In May, this opportunity is provided by the NFT Moon Metaverse. The transparency and open source code of the project make it trustworthy while new take in the Create2Earn industry makes it a lucrative deal.

How to become an avatar?

The NFT Moon Metaverse sale of the first 5,000 DAO Avatars will happen in two stages:

To participate in the presale and purchase one of the first 500 Avatars, one needs to be whitelisted: after the registration on Discord, the developers will whitelist eligible candidates and send the notification about the start of the presale. Find more details in the FaQ section of the website or in the projects’ social media.

Ethereum Could Gain 10% Before ETH Resumes Its Reversal