In the airless Wall Street offices, only 1% get chances to cut the best deals. Decentralisation made people change their focus: from trying to chase after the traditional venture capitalists to following the newest decentralisation trends given by new technologies and economic models.

This seems to be a way more successful strategy. Let’s take the gaming industry for example. By 2024, it is projected to grow up to a phenomenal $218.7 billion, and this is all thanks to blockchain-based technologies like NFT.

At the beginning of the year, the gaming industry was taken by storm by the so-called Play-to-Earn model and the biggest players already got their piece of the pie. Yet the progress led to the emergence of a new Create-to-Earn model where there are still real opportunities for retail investors to get a seat at the table. Let’s dive deeper and get to know what MetaFi is, how it is different from GameFi and where is the next big sale.

A missing piece of the puzzle: from Play2Earn to Create2Earn

The GameFi industry was built at the intersection of the gaming industry and decentralised finance. Non-fungible tokens and in-game economies helped to create games where in-gaming items finally became a liquid assets that could be sold outside the gaming experience.

The power of the Play2Earn idea where players get income from completing the gaming tasks was proven by the immediate success with such games as Axie Infinity. But since such games are not regulated, the model is prone to short-termism and can actually damage the gaming ecosystems with bubbles and their burst.

Of course, there is no need to involve good old regulators from the airless offices to add real-world accountability to the virtual world. People have had enough of them in the real world, and they have proven their ineffectiveness. Here comes MetaFi which is at the intersection of Metaverses and decentralised finance and a new model called Create2Earn.

With such strong communities around the games, centralised corporations like Facebook or Microsoft will have real trouble in luring people into their metaverses. By the time behemoths create the working prototypes, all players will get their seats at the decentralised universe table.

How to jump into the MetaFi sector?

In February 2022, the Create2Earn pixel art metaverse Chillchat raised US$1.85 million in an investment round led by Solana Ventures. But the company already auctioned most of its “origin characters”. Given a wide range of opportunities in the market growth, it would only make sense to find the project that is at its earliest stage to get the most out of the investment.

NFT Moon Metaverse is an example of such a project. The company registered in the UAE is creating the MultiBlockchain Universe by leveraging the Create2Earn model. Summer 2022 will be marked with the creation of the first city in the NFT Moon Metaverse, called Moonopolis.

Of course, Moonopolis will be self-governed and decentralised. That is why the company announced that the governance is being transferred in the hands of the first 5,000 avatars, a special type of inhabitants, to become a DAO. 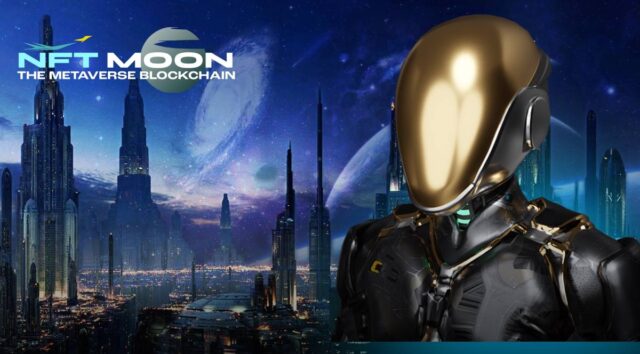 CLEVER is the new black in the Metaverse

Getting earlier on board gives not only governance privileges but also access to endless ways to earn with what the developers call CLEVER management experience:

Create: An Avatar can become a metastartuper or metacreator since each type of business created within the universe will share its yields with DAO.

Learn: An ecosystem also allows to get new skills in the educational programs in Moonopolis City that of course helps to earn more.

Earn: Avatars will be able to sell the city ID Cards to Moonwalkers but this is far from being the one source of income. There are already over 300 sources of income in the metaverse starting from renting the Moon plots.

Vote: Voting is like being an investor with access to the Board of Directors, avatars are those who will decide how the Metaverse will evolve over time and how much it will prosper.

Enjoy: As first inhabitants, avatars will have the first-row views at the amazing events and immersive experiences that add fun to the earning experience.

All in one, the ecosystem helps to achieve both passive and active sources of income, learn new skills and join the like-minded community to reinvent the reality. The transparency, open-source code and equal distribution make it a good deal and the new Create2Earn industry.

How to get a seat at the table?

To participate in the presale, a potential candidate will have to be on the list. After the registration on Discord, the company will whitelist eligible candidates who will receive a notification about the start of the presale. Whitelisted members will have the benefit of an early bird.

Answers to most frequent questions can be found here but the developers team also answer all questions in the social networks.

ViaBTC Capital | A Commitment to Service-oriented and Long-term Investments