According to a February 2021 CNBC report, the carbon footprint of Bitcoin, the world’s largest crypto, is similar to that of New Zealand, with both generating approximately 37 megatons of carbon dioxide into the environment each year.

In Rhode Island’s House of Representatives, a bill has been introduced that would reward a home builder with bitcoin for lowering the project’s carbon footprint.

Representative Carlos E. Tobon of Rhode Island has offered an innovative remedy to the state’s housing crisis that, according to reports, would also help address climate change: creating a new digital currency. 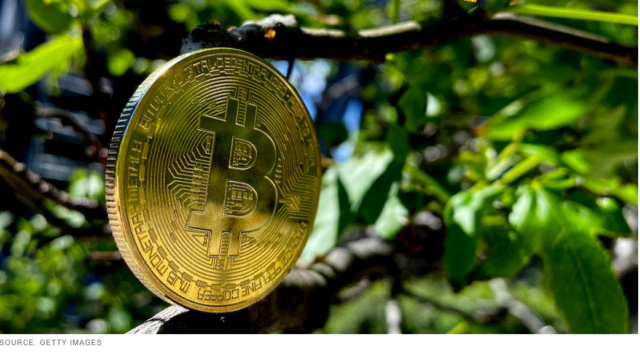 The Green Housing Public-Private Partnership Act of Rhode Island was enacted to encourage the development of more LEED-certified buildings and homes by crediting developers for any carbon reductions they achieve.

According to a section of the bill’s text:

“Any reduction in utility expenses owing to any housing building project undertaken pursuant to this chapter shall be credited in the form of a green coin to be provided by the department to the property owner.”

Sources disclosed that the effort will be funded through a pool of contributed monies totaling $625 million.

If established, this fund pool will be called the “Green Housing Fund.”

Bitcoin accounts for around 0.52 percent of total global electricity use, according to December 2021 estimates from the Cambridge Bitcoin Electricity Consumption Index.

That may not sound like much, but Digiconomist estimates Bitcoin’s annual total energy consumption to be around 204.50 terawatt-hours, roughly similar to Thailand’s.

Although the Green Coin’s blockchain network is unknown, it is likely to be the less expensive proof-of-stake (PoS) network that mainstream environmentalists prefer these days.

Redfin, a housing data tracker, confirms that Rhode Island’s housing supply has been steadily declining over the last five years, reaching a five-year low in February 2022.

It’s Been Used Before

Meanwhile, this is not the first instance of cryptocurrency being used into real estate projects.

New homeowners in Austin City, Texas, are offered loans in USDC and MATIC altcoins as part of a scheme called USDC.homes.

This allows prospective homeowners to deposit their down payment in cryptocurrency, which is staked and earns the borrower interest that may be used to help pay down the loan.

Suggested Reading | How Many Crypto Users Will There Be In 10 Years? One Billion, Coinbase CEO Predicts

Core Ethereum developer details changes to expect after the Merge