In addition, the $40k level is also acting as a significant static resistance level, and the price has been trading below it for most of the time over the past week.

The recent trajectory of lower highs and lows has been forming on the chart, indicating a continuation of the bearish trend. As it seems now, BTC’s price targets the $36K support area in the short term, which has held the price on multiple occasions over the past year. However, a break below it could result in a rapid drop towards the $30K demand zone. 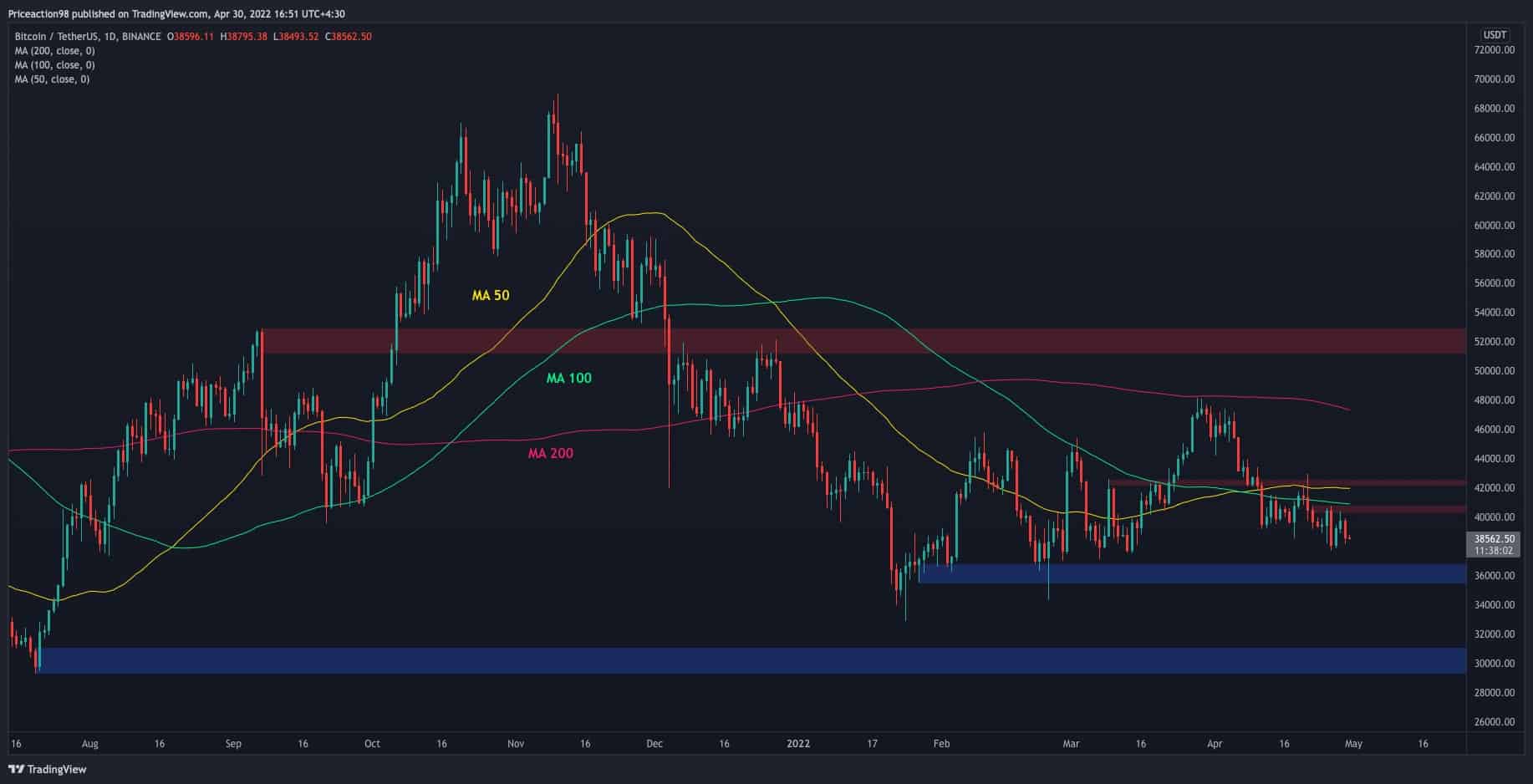 On the 4-hour timeframe, it is evident that the price is getting closer to the lower boundary of the marked bearish flag after getting rejected from the $40K zone.

However, the price action forms a falling wedge pattern, which is considered a bullish reversal pattern. For a reversal to take place, the price needs to break above the higher trendline of the wedge. In that case, we can expect BTC to retest the $43K level and even higher.

Furthermore, the three touches at the lower trendline of the falling wedge signal a clear bullish divergence with the RSI, which adds to the probability of a bullish rebound in the short term. On the other hand, the bearish scenario in the mid-term is still probable, and if the falling wedge pattern fails, the sell-off would be accelerated, and the price could drop to $36K, as mentioned above. 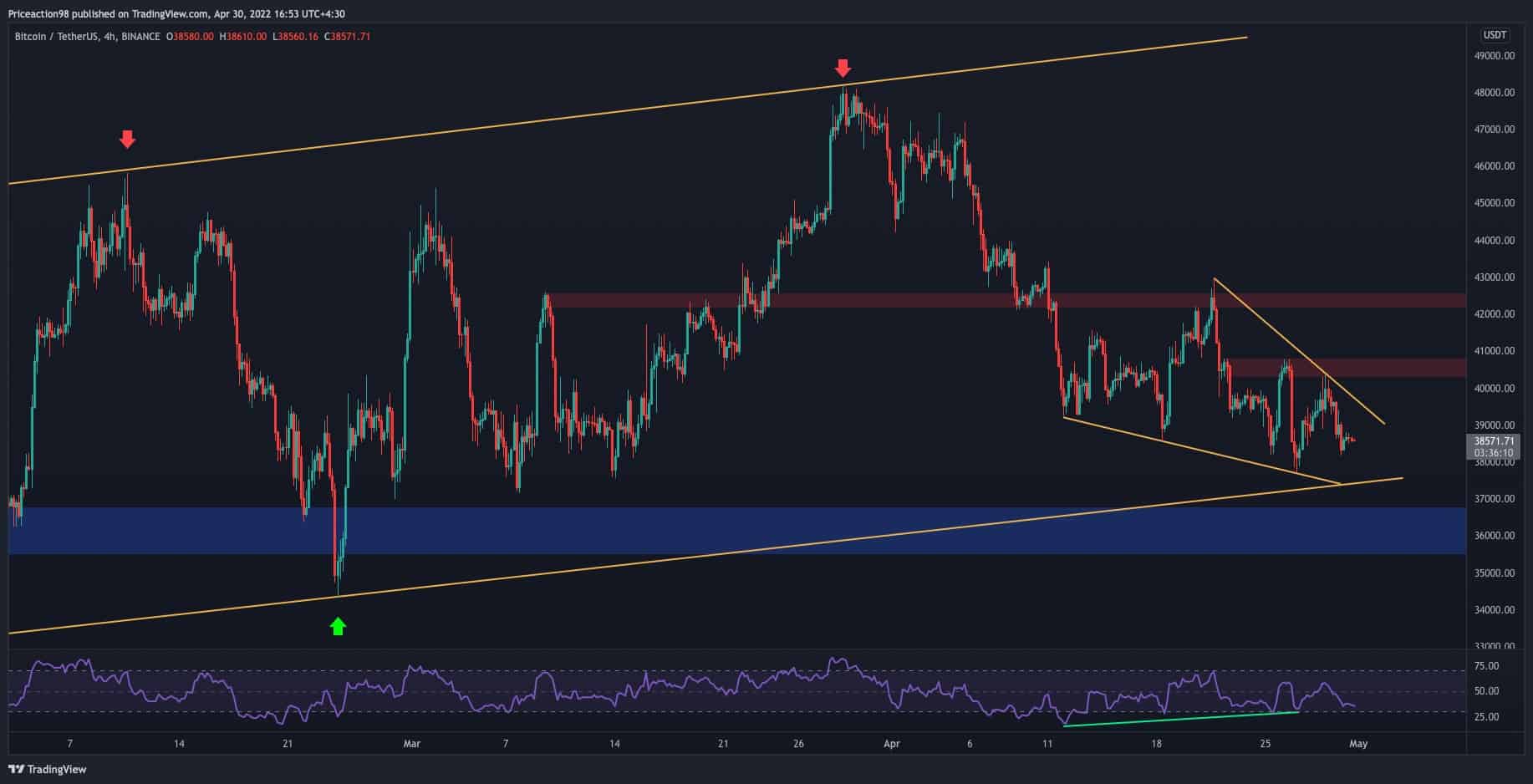 The MVRV is the ratio of a coin’s Market Cap to its Realized Cap, which indicates whether the price is overvalued or not. This may be the most informative on-chain indicator to map the present market situation.

As a result, the probability of having an MVRV of 1 or below in the mid-term is significant. Unless a macro catalyst drives demand and price begins to gain traction, even if it is only a short-term rebound, such as in early 2018. 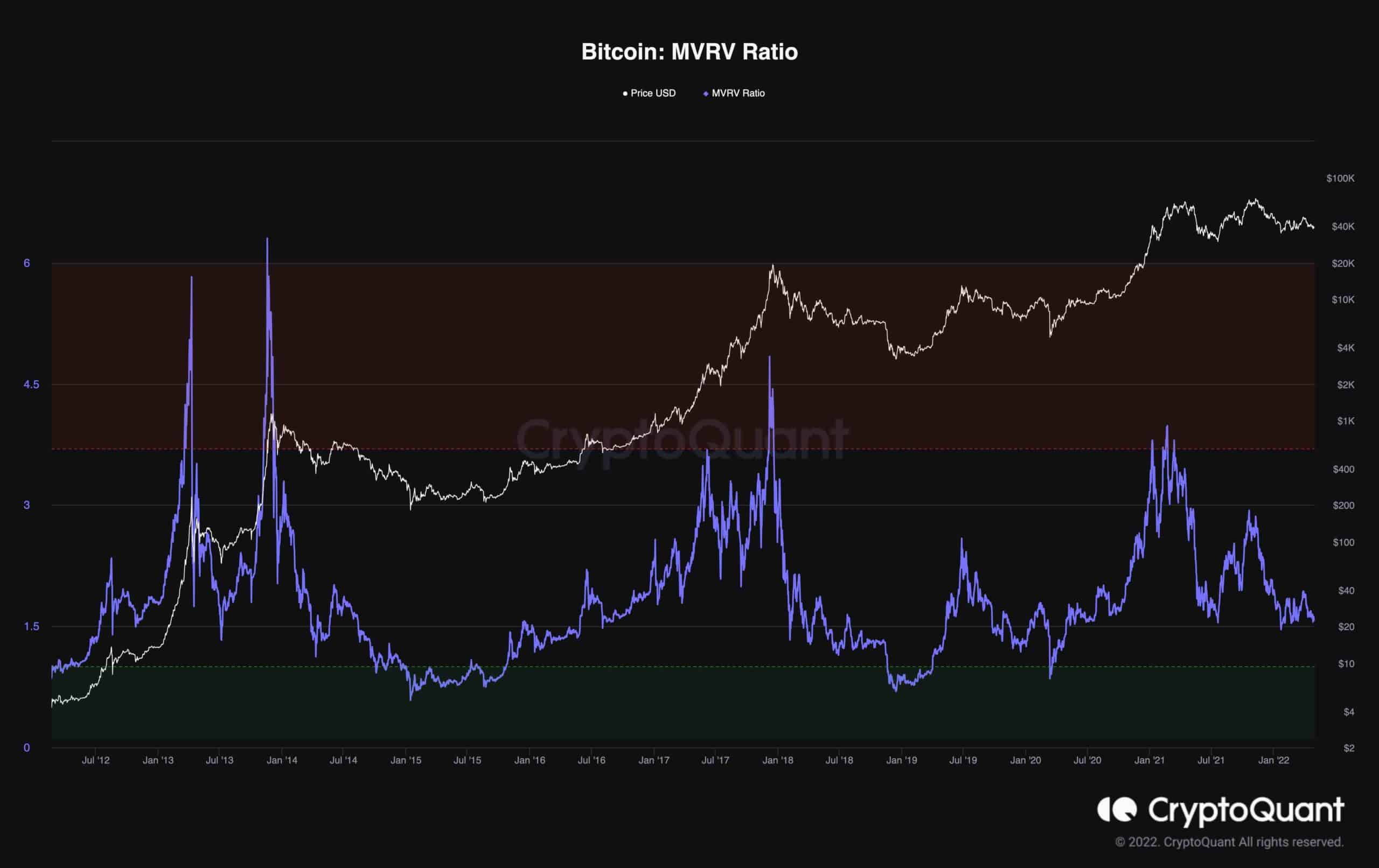 Despite the Price Drop, Number of Bitcoin Held on Exchanges Continues to Slide