For the second quarter of 2012, the Human Rights Foundation’s Bitcoin Development Fund distributed 500 million satoshis in grants. The receiving projects came from “Cuba, Turkey, Pakistan, Ghana, Venezuela, Burma, and beyond,” according to Chief Strategy Officer Alex Gladstein. In this round, the Human Rights Foundation focused on “Bitcoin software development, community building, censorship monitoring, translation and design.”

Read on for info on grantees from Cuba, Turkey, Pakistan, Ghana, Venezuela, Burma, and beyond 🌍 ⚡https://t.co/3x6mb5l2f2

According to Gladstein, the foundation’s aim with this program is “to help the network and its apps become better human rights tools for activists, journalists, and others at risk.” Of course, Bitcoinist covered the first round of Bitcoin Development Fund grants. The next one goes live in September, but projects can apply right now. Let’s not get ahead of ourselves, though. Let’s focus on this quarter’s grantees and everything they’re doing for bitcoin. 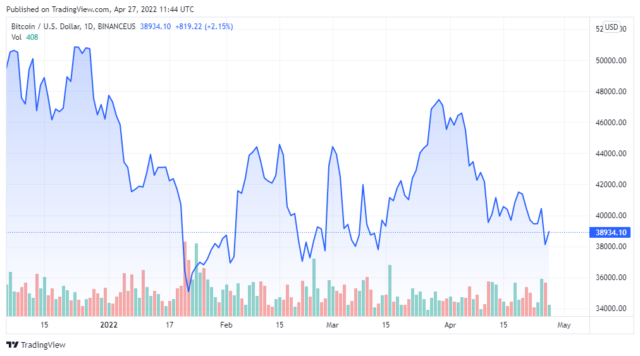 3/ 50 million satoshis to Venezuelan Bitcoin developer Francisco Calderón (@negrunch) for his work on @lnp2pbot, a peer-to-peer telegram bot that allows users to trade Bitcoin using the Lightning Network and fiat in a non-custodial way 🇻🇪https://t.co/jkXRIAdqF7

Francisco Calderón responded, “So beautiful to see my flag here. Thank you Alex and the Human Rights Foundation for supporting this project and share our vision of a better future for all people.”

With help from @paxful, 50M sats each to:

That’s it for this quarter. See you all in September. And remember, your project can apply here, right now.

“Fiat” Mindsets In A Bitcoin World — Just Trust Me

Bitcoin Price Remains In Range, Why The Bulls Need To Take Control